Centralized organizations have been the norm for a long time. However, that is changing.

Blockchain technology enables a different model of governance – a more decentralized one. Governance tokens are at the core of such a system.

Learn all about it in the article!

What Are Governance Tokens?

Governance tokens are a method that enables blockchain projects to decentralize governance. It’s another step to achieving true decentralization.

In this model, the power and responsibilities are distributed to the users who support the project.

Here’s more information about how these tokens work. 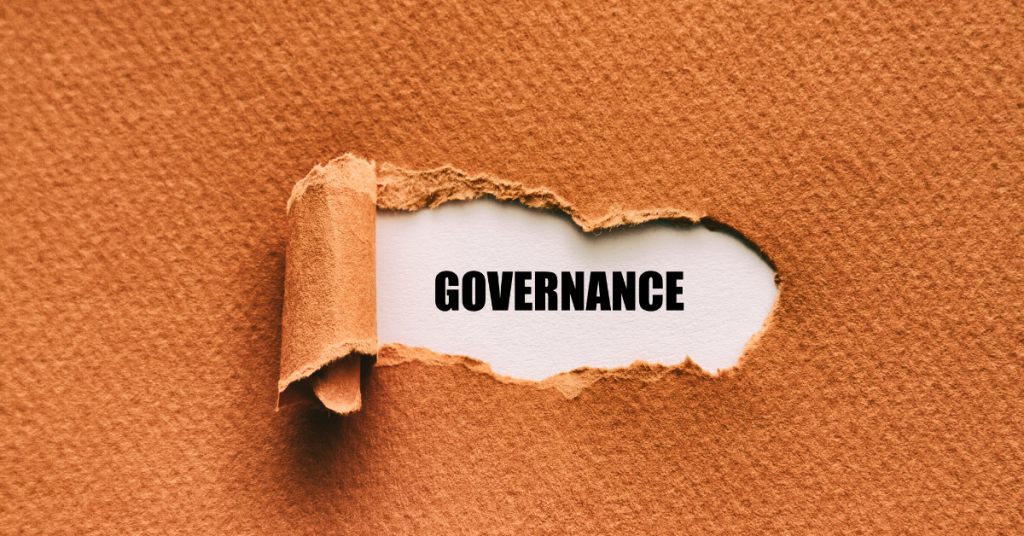 How Do Governance Tokens Work?

To truly understand how governance tokens work, you need to understand the difference between centralized and decentralized organizations.

In traditional, centralized organizations the power lies within a small group of people – most commonly the C-suite, board of directors, and shareholders. These people are the main decision-makers and determine how the company will run. Other people in the company don’t have a say when it comes to these decisions.

Decentralized organizations also need to make important decisions that will determine its future, just like any other organization. However, instead of power being concentrated in the hands of the few, it is distributed throughout the community. This is true to the original cryptocurrency ideals of everything being decentralized and democratic.

People who hold governance tokens gain the right to vote on how the project will be developed and how it will work. For example, voting on which new features will be added, how many new tokens to mint, whether to raise or lower transaction fees, how to allocate a budget, etc.

Most of the time, users are required to invest in the project and as a reward for their loyalty, they get a say in how it develops. In that sense, holding governance tokens is similar to owning shares in a company.

This decentralized approach gives power to the community and keeps it unified. Oftentimes, governance token holders get additional perks, along with voting power, for holding governance tokens. For example, a share of the platform’s transaction fees. 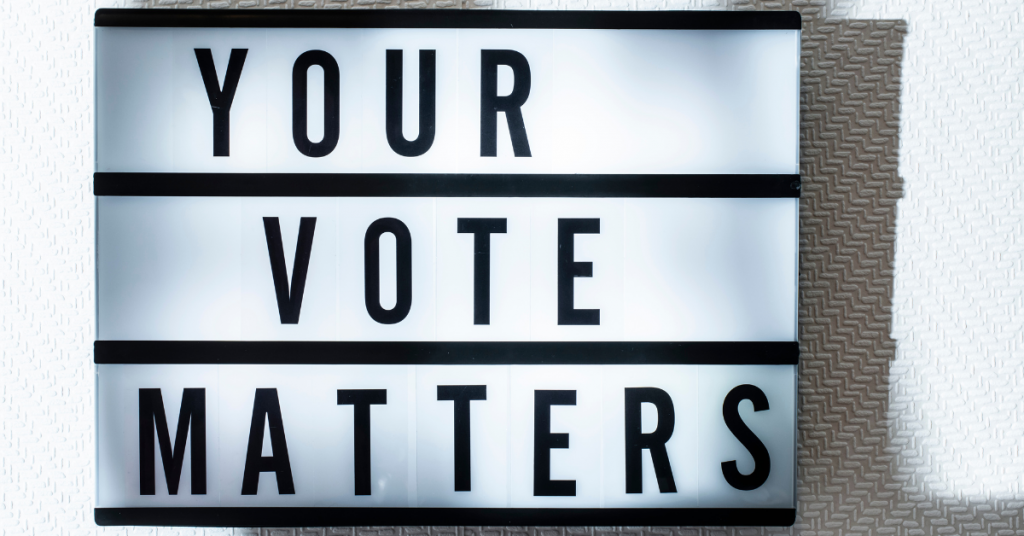 In most cases, the voting is done through smart contracts. If that’s the case, the voting results are applied automatically. If there are no smart contracts, the development team, or someone hired to do the maintenance, can also implement the changes. However, the whole point of DAOs is to operate autonomously and with as little human intervention as possible.

Why Are Governance Tokens Valuable?

The main value of governance tokens is that they give governing power to individuals who hold them. Furthermore, being able to contribute to a project by voting on important decisions that will shape its future brings a community together and encourages collaboration.

Furthermore, because governance tokens are tokens in their own right and have value – they can be traded, swapped, exchanged, staked, etc.

However, governance tokens can also provide an opportunity for passive income.

For example, Illuvium, a blockchain game, claims it will share 100% of the game’s revenue between people who stake ILV, their governance token.

Even if governance tokens don’t have much value at the beginning, early users usually speculate that they will increase in value as the project becomes more successful. A way to increase the value of a token is if the protocol decides to buy back tokens. In other words, reduce the supply of the tokens on the market, thus increasing their price.

How to Get Governance Tokens?

The way governance tokens are distributed depends on the protocol and there are many ways to do so.

One such way is airdrops. Oftentimes, protocols will reward early users with free tokens. For example, Uniswap’s airdrop. 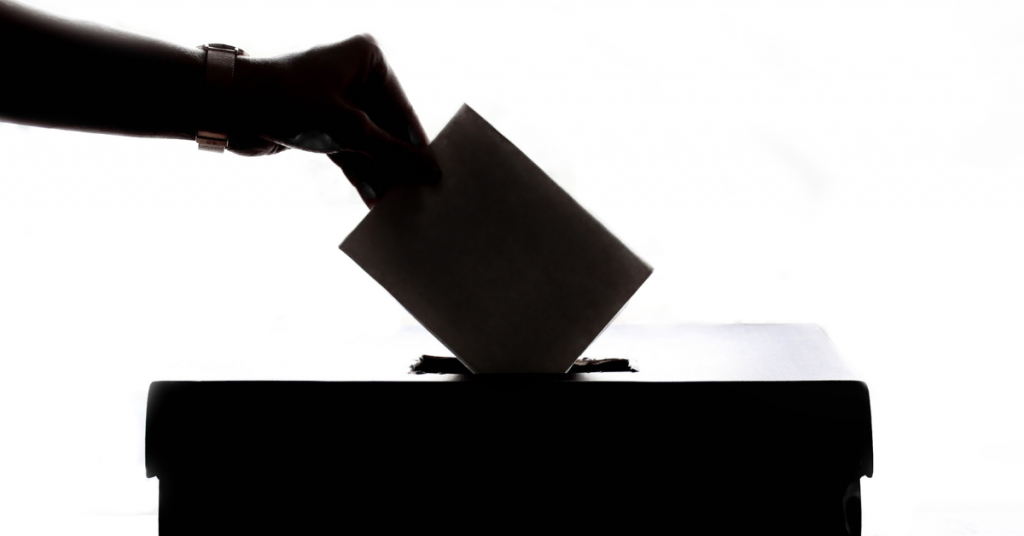 The Challenges and Risks of Governance Tokens

As in any other organization, even in decentralized ones, there may be bad actors and those who are looking out for their personal interests, rather than the interest of the community.

Furthermore, if holding more governance tokens means more power, an individual could take over the majority of tokens. These people are known as whales. That would defeat its purpose and the project would become centralized, which is the opposite of what governance tokens should achieve.

Many protocols use quadratic voting, which helps with the majority rule issue. In this type of voting, a token holder can cast multiple votes, but each vote costs more than the last. Learn more about quadratic voting here.

Another big question is who would be responsible if the project fails miserably as the result of a vote? Lack of accountability in such projects is also a potential issue.

As with all crypto projects, security might be an issue as there are many scammers out there. Just recently, scammers stole $8 million from Uniswap liquidity providers by luring them with a free UNI token airdrop.

These are all the challenges decentralized organizations face and why governance tokens can be risky. However, developers are constantly working on solutions to mitigate potential issues with this system.

Here are some examples of governance tokens in various DeFi projects, dApps, and blockchain games.

One of the most well-known and earliest examples of a governance token is Maker (MKR). It is used in MakerDAO, which is one of the biggest DeFi platforms on the market.

Users who hold the Maker governance token can vote on issues such as budgets and the platform’s economic rules.

Voting on this platform is weighted by the amount of governance tokens that vote for a proposal.

Uniswap is a decentralized exchange (DEX) and its governance token is UNI. It gives its holders the ownership of governance rights to the protocol.

For example, a recent vote was on whether the UNI proposal submission threshold should be reduced to 2.5 million. Another one was should Uniswap v3 be deployed to Polygon.

Governance tokens are also used in many metaverse blockchain games, as they also often function like decentralized organizations.

One of the most popular ones is the aptly named Decentraland. Users who hold MANA can vote on things like what types of wearables and names are allowed in the game. For example, some of the recent votes were on whether to ban the names “Sashafu*cks” and “testtesttest”. Users can also vote on LAND policy, size of marketplace fees, and replacing members of the Security Council.

The Sandbox is another decentralized metaverse game. On this platform, the SAND token is used not only as a governance token but also for value transfers. Just like all other governance tokens, it enables its users to influence important decisions.

The blockchain game Illuvium has a token (ILV) that has three main functions – governance, liquidity mining, and vault distribution. Holding ILV allows the community to shape the game’s future. However, users can also earn rewards for staking their tokens and earn a passive income.

Finally, governance in My Neighbor Alice, a metaverse game, is powered by the ALICE token. Token holders can decide on issues like revenue distribution, game development, and growth. Furthermore, users who stake ALICE can earn staking rewards and participate in various play-to-earn events. Finally, ALICE is also used to purchase in-game items.

Without governance tokens, decentralized organizations and other types of blockchain projects couldn’t achieve their democratic vision. That’s what makes them invaluable for such a model. Furthermore, they don’t only give their holders voting rights, but also have a potential for passive income, which is a bonus.

Now we want to hear from you. What are your thoughts on governance tokens and decentralized organizations?

The Difference Between Crypto Coins and Tokens

Even though crypto coins and tokens are very similar, they're not the same thing. Find out what makes them different!

The Difference Between Crypto Coins and Tokens

Even though crypto coins and tokens are very similar, they're not the same thing. Find out what makes them different!