In this article, I’ve listed the top NFT collections you should invest in.

The data source is Dune Analytics, a community-based open-source data platform where you can access various dashboards and blockchain statistics. This list features top NFT collections by volume in the past 30 days. Furthermore, the data is from the following major NFT marketplaces: OpenSea, LooksRare, X2Y2, Coinbase, and Rarible.

If you know anything about NFTs, you must have heard about Bored Ape Yacht Club – it’s one of the most popular NFT collections on the market.

This collection consists of 10 thousand NFTs stored on the Ethereum network. Each NFT depicts a profile picture of a cartoonish ape and is unique because it’s generated from more than 175 possible traits including expression, headwear, and clothing. Furthermore, some Bored Apes are rarer than others, according to these attributes.

It’s important to note that when you buy a Bored Ape NFT, you’re not just buying a piece of digital art. You also get access to the Bored Ape Yacht Club, which offers many benefits. For example, The Bathroom is a members-only area you get access to. According to BAYC’s website, The Bathroom, “contains a canvas accessible only to wallets containing at least one ape. Like any good dive bar bathroom, this is the place to draw, scrawl, or write expletives.”

When it comes to the most expensive BAYC sales, there was a recent one where Bored Ape #6588 was sold for 769,9 ETH on September 1st.

CryptoPunks is another of the insanely popular and valuable NFT collections. It was inspired by the punk and cyberpunk scenes, as well as musicians like Daft Punk. Along with BAYC and CryptoKitties, it is among the earlier NFT projects.

This alone tells you how popular this NFT collection is.

In March 2022, CryptoPunks IP was acquired by Yuga Labs, a Bored Ape Yacht Club parent company. “This means that we now own the brands, copyright in the art, and other IP rights for both collections, along with 423 CryptoPunks and 1711 Meebits.” – Yuga Labs

There are only two ways to create a Mutant Ape NFT – expose a Bored Ape to a vial of Mutant Serum or mint it in a public sale. Mutant Apes that were created from existing Bored Apes have their original traits but are mutated.

The main goal for the creation of this NFT collection was to reward Bored Ape Yacht Club holders. Because this project comes from a well-known team and already has an established active community, investing in Mutant Ape Yacht Club might be a great idea. Additionally, this project has a very clear roadmap, which is also a plus.

Otherside is an upcoming metaverse that combines MMORPG game mechanics with blockchain gaming. More specifically, hundreds of players will be able to play together, just like in classic MMORPG games. However, the characters will be NFTs and the game’s world will be owned by the players.

Otherdeed enables you to claim the land in this metaverse. There are a total of 200,000 Otherdeeds – half of them have become available in April 2022 and the other half will be rewarded to Otherdeed holders who contribute to the metaverse. Furthermore, Bored Ape and Mutant Ape holders can also claim Otherdeed.

According to Otherside’s website, “All BAYC, MAYC, BAKC, and CryptoPunks holders will be provided with Otherside-ready 3D models of their NFTs at game launch, available as playable characters.”

Another one of the top NFT collections by volume is Moonbirds. It consists of 10,000 PFP NFTs, each of which has a unique set of traits, some rarer than others.

Moonbirds also work as a utility token – they unlock membership to an exclusive private club and private Discord server. Once you get inside, you gain access to various exclusive drops, Parliament meetups, and access to upcoming projects like the PROOF metaverse.

Additionally, you can nest your Moonbird, which gets you additional perks. More specifically, Moonbird’s nest is upgraded and it can achieve new tier levels. Naturally, the longer you nest it for, the higher tier it’ll achieve. All that without the NFT leaving your wallet. The goal of this is to reward community members who are the most loyal.

However, if you nest your Moonbird, that means you can’t sell it on marketplaces. Only un-nested NFTs can be traded.

If you’re looking for NFT collections that epitomize internet culture, Rare Apepe Yacht Club is for you. It was inspired by Bored Ape Yacht Club and Rare Pepes. The result is a collection of oddly terrifying Ape Pepe creatures. It was designed by Rare Labs.

Rare Apepes were released in March 2022 and quickly became one of the most sought-after NFTs.

There are many plans for the future of Rare Apepe YC – there will be a serum that can enhance some of Rare Apepes’ features. The result will probably be something along the lines of Mutant Apes. Furthermore, according to Rare Apepe’s website, “There have been rumors that there are 10 artifacts from the Rare Apepes’ history that have been locked up for decades. Prophecy has it that these 10 artifacts will find their way to their rightful heirs.”

This is another exciting development the community is buzzing about.

This NFT collection is a prime example of blockchain technology merging with the art world.

Takashi Murakami is one of the most popular contemporary artists from Japan and the originator of the Superflat art movement, influenced by two-dimensional images often found in manga and anime. Furthermore, he’s known for uniting the elements of high and low art. In other words, Murakami’s works blur the line between fine arts and pop culture. His smiling flowers motif is a great example of it.

His artworks range from paintings, sculptures, prints, and performances, to commercial art, and now, NFT art.

Clone X is Murakami’s first NFT project in collaboration with RTFKT. You can get an NFT from this collection for about 7.5 ETH, which is worth about $11,500 at the moment.

According to the artist, the idea of getting into NFTs came from the artist’s bankruptcy that occurred during the pandemic. This alone tells us everything we need to know about the current state of the art world, but that’s a topic for another day.

Murakami is also working on another NFT project, Murakami Flowers, inspired by Japanese culture and videos, like most of his artworks.

If you’re looking for exciting and exclusive NFT collections, you should check out DigiDaigaku. It consists of 2022 anime-looking characters created by Limit Break. What’s interesting is that these characters live in a mysterious world that’s unknown to outsiders. This is why not much is known about it at the moment.

Pudgy Penguins also belong on the list of top NFT collections by volume. There are 22,222 adorable little Pudgys in this collection. However, they’re not just cute – Pudgy Penguins are also fierce and fight against evil.

Not much is known about this project, but a metaverse launch is speculated.

The most expensive Pudgy Penguins NFT is listed for 20 million USDC on OpenSea. The floor price for Pudgy Penguins is 3.2 ETH or $5,000. The total volume traded is 61.367 ETH.

The final project on our list of top NFT collections is Webaverse Genesis Pass.

Essentially, this is a pass that gets you access to The Upstreet, an open-source, web-native metaverse built by Webaverse to empower creators and encourage collaboration.

According to the Webaverse team, “Each pass will allow the holder to claim a parcel of land in The Upstreet in the near future, and will include its own lore and artifacts, along with future airdrops.” 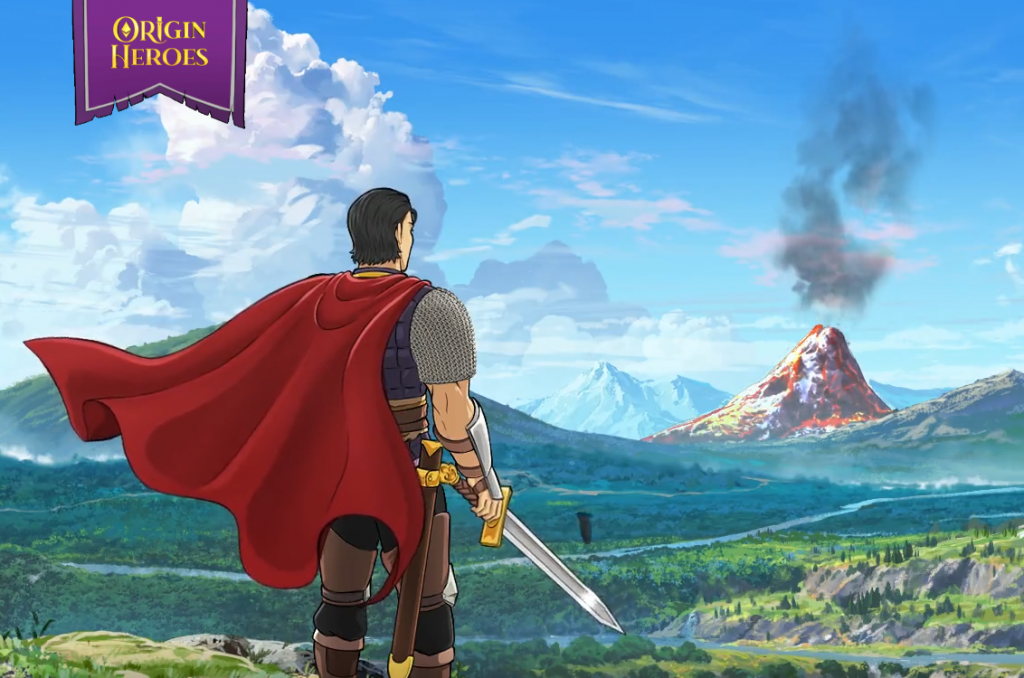 Upcoming NFT Collections Worth Checking Out

If you’re looking for an upcoming NFT drop worth investing in, you should check out Origin Heroes. These NFTs will be used to get access to Origin Heroes, an innovative merge strategy blockchain game. More specifically, players will use Origin Heroes NFT as their game avatar to complete quests, battle, build, and explore the game world.

Furthermore, Origin Heroes is a play-to-earn game where players can earn the EOC token, which can be swapped for other currencies. Additionally, EOC holders will get access to exclusive metaverse land drop and a second generation hero drop.

This limited NFT collection will drop on October 10th (Whitelist sale) and the open sale will happen on October 12th. Join Origin Heroes Discord channel to learn more about this project and get the latest updates!

While some think buying NFTs is a waste of money, others are investing big sums of money into popular NFT collections. Like any other investment, it’s risky, but it can pay off.

Furthermore, for many of these projects, NFTs are only the beginning and are used to fund the development of a blockchain game project or a metaverse. That means these are not just artworks, but assets that may have utility.