Feel like you’re constantly wasting your user acquisition budget on the wrong users? Wondering where you can find engaged, loyal, and monetizable users for your mobile game?

To find these users in the right places, you must know which ad networks are the best choice for your user acquisition campaigns. For this reason, we’ve listed the top game ad networks for acquiring players.

Are you struggling with user acquisition ever since Apple’s IDFA depreciation arrived? We also have SKAN rankings you may be interested in.

If you’re more interested in the same rankings for non-gaming apps, check out our article on top ad networks to acquire app users.

If you’re looking to acquire loyal gamers on Android devices, these are the top ad networks to be on currently. 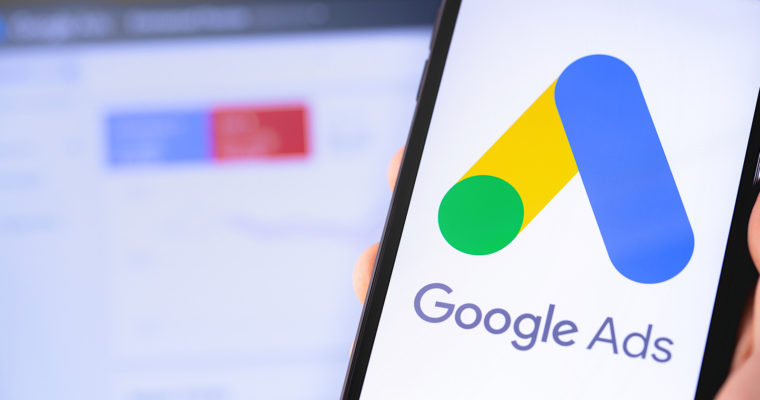 Just like in the previous edition, Google Ads ranked #1 when it comes to retaining users on Android. The ad network was the leader in retaining players in almost all mobile game genres.

With the tech giant’s focus on the App Campaigns tool, constant updates, and machine learning, it obviously has managed to reach the right users.

Generally, in Google Ads, you can target users by location, language, mobile platform, operating system, interests, topics, and other criteria.

On the other hand, in App Campaigns, Google automatically adjusts targeting and bidding to get maximum value from each install.

Furthermore, Google allows you to choose between bidding strategies based on the number of installs, in-app actions, and driving in-app action value.

When it comes to retaining Android users, Unity Ads has remained the leader of the so-called Gaming Triopoly (Unity Ads, AppLovin, ironSource).

This ad network was extremely successful in several mobile game genres. It ranked #1 in racing games and #2 in hyper-casual, action, arcade, and adventure games.

Since the Unity Ads network specializes in mobile game advertising, it comes as no surprise that it ranks this high in retaining game users. One of the key features of this network is that it can target users interested in a specific game type.

Another factor that makes UnityAds so successful is its focus on native video advertising. Of course, it also supports other ad formats like banners or interstitial ads.

Basically, if you are using video ads to monetize your game, this is an ad network you shouldn’t skip.

This ad network has experienced a minor setback since the previous Retention Index, dropping by one spot on Android. This puts it in the last position in the Gaming Triopoly.

IronSource comes with a set of tools that automate bid optimization across multiple breakdowns.

Moreover, it allows you to also place different ad formats like video, interstitial ads, and offerwalls. 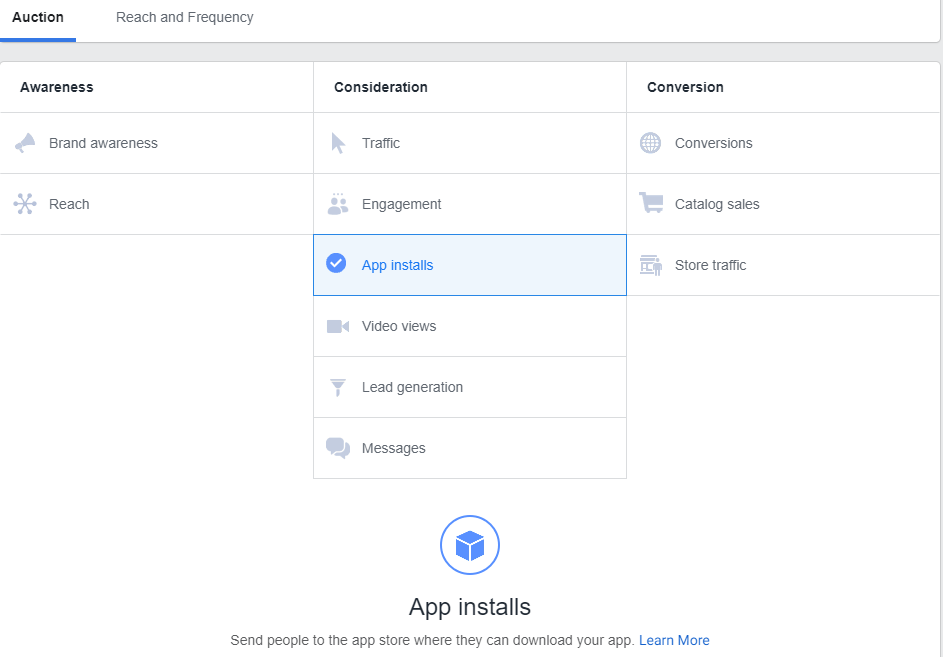 Facebook is one of those ad networks that stay at the top of these rankings year after year.

According to this year’s Retention Index, Facebook has been exceptionally good at retaining hardcore gamers. It performed exceedingly well in hardcore gaming in Eastern Europe, Western Europe, Latin America, and North America.

One of the main reasons for this are its superior targeting options that include:

To learn more about advertising on Facebook to acquire mobile gamers, check out our guide on Facebook Campaigns for Mobile Games.

In the previous Retention index, this ad network wasn’t even on the top 15 list. But now, it found its place among the top 5 mobile game advertising giants.

What is it about this ad network that has brought such a sudden surge?

Mintegral is an ad platform that originated in Asia and made a global impact. Today, it’s a part of more than 20 international ad exchanges and works with over 26,000 app partners.

It works as a supply and demand platform for mobile publishers and advertisers. If you are a mobile advertiser looking for a “smart” platform, you can stop looking.

If there’s one thing you should know about Mintegral, it’s this –  it’s completely programmatic and interactive. 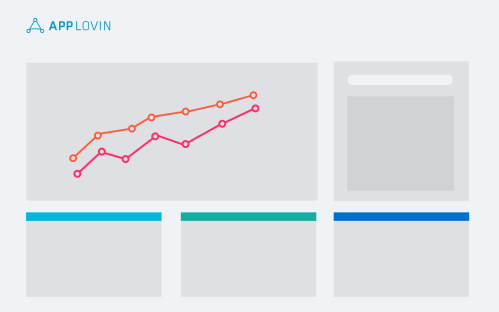 Compared to the previous Retention Index, AppLovin has dropped by one spot. Nevertheless, it still holds second place in the Gaming Triopoly.

This network’s main focus is finding high-quality users based on campaign analysis.

The ad formats on this platform include interstitial ads, banner ads, mobile app install ads, and video ads. You can mix these formats until you find the best-performing combination.

When it comes to bidding strategies, AppLovin supports CPI and CPC-based campaigns.

Vungle is a mobile ad network with several distinguishing features. It serves one type of ad only – video ads.

Moreover, Vungle is specialized in in-app advertising, and it is available on several platforms: iOS, Android, Windows, and Amazon.

This ad network managed to retain its position among the top ten from the last Performance Index.

TikTok for Business is already an established top player that has kept its position in most rankings. It is particularly successful for non-gaming apps.

While it only reached the 15th position in the retention power ranking, TikTok got to third place in the retention volume ranking. This happened because it had a 130% increase in its share in non-gaming app installs on Android devices.

Here’s how advertising on TikTok works.

When creating a campaign on Tiktok’s advertising platform, you can choose from two budget options – lifetime or daily.

Just like most ad networks, it provides demographics and interest targeting. Also, you can create custom and lookalike audiences to find users that are likely to install your app.

Finally, to engage your audience, TikTok gives you a variety of ad formats to choose from: 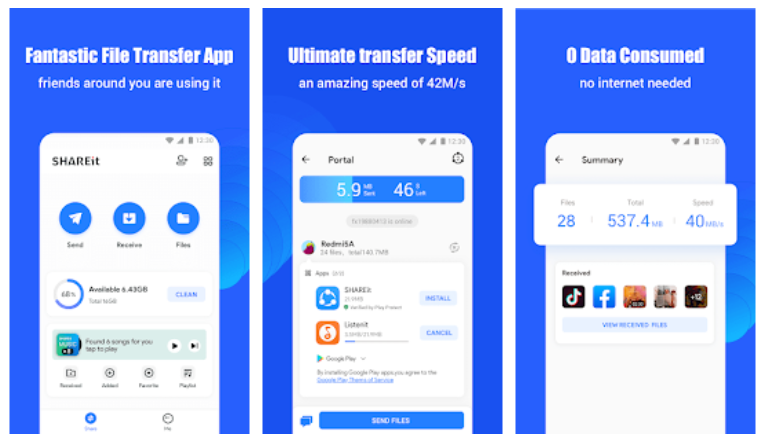 SHAREit is a sharing app with over 500 million monthly active users globally.

This ad network’s main feature is peer-to-peer file sharing across short distances. By using the app, users share photos, music, and other files with other devices without having to be online.

As we’ve mentioned, there were no rankings that include both Android and iOS in this year’s Index.

This is because Apple’s privacy changes had a big impact on iOS rankings, so it’s best to observe them separately. Here is the list:

This is AppsFlyer SKAN Index for in-app purchases.

Let’s take a look at the rankings:

The IAA Index tells us which game ad networks are best for acquiring users who engage with in-app ads.

If we take all mobile game categories into consideration, the top ten ad networks for acquiring users who engage with ads on Android are:

When it comes to iOS users who engage with in-app ads, the top ten list is quite different from Android. Let’s take a look at the rankings:

Reaching paying iOS users wasn’t an easy task, especially with everything going on with the privacy updates. Here are the ad networks that were best for finding paying players on iOS:

The ranking of the fastest-growing mobile game ad networks is only available for Android users. This is because it would be pretty inaccurate to compare iOS rankings to the previous Index.

The list applies to both gaming and non-gaming apps. Here’s the list of the most prospective ad networks:

In 2021, the world of mobile game advertising drastically changed. The ad networks needed to adapt to the situation, and some did this better than others.

Overall, one of the keys to successful user acquisition is choosing the right ad network for your game. Hopefully, this list helped you with this.

As can be seen from the rankings, different game ad networks work differently depending on the KPIs you’re looking at. Generally, giants like Facebook and Google remain on the throne in most rankings.

The networks from the gaming triopoly (Unity Ads, ironSource, AppLovin) also found themselves in the leading positions across categories.

What can we expect from the next Index? On Android, the rankings will probably remain stable, with breakthroughs of the growing ad networks. On iOs, we are yet to see how different ad networks adapted to the privacy updates.

Do you know which mobile ad networks are best for acquiring app users? Here's an updated 2022 list with fresh industry data.

Want to monetize your app and get revenue from ads? You should consider working with ad mediation platforms. Find out which are the top ones!

In this article, we reveal eCPMs for rewarded video ads, interstitial ads, and banner ads across all world regions. Read about it now!

Do you know which mobile ad networks are best for acquiring app users? Here's an updated 2022 list with fresh industry data.

Want to monetize your app and get revenue from ads? You should consider working with ad mediation platforms. Find out which are the top ones!

In this article, we reveal eCPMs for rewarded video ads, interstitial ads, and banner ads across all world regions. Read about it now!