Blockchain technology enabled a new kind of organizational structure – DAOs. Learn what DAOs are and what their role in the evolution of blockchain gaming is.

The abbreviation DAO stands for decentralized autonomous organization. To understand what exactly that means, let’s break down each word in this term.

Decentralized – decentralization refers to shifting authority and control from a single place to several smaller ones. In this case, it means that there’s no central authority that makes all the decisions. Instead, the power is distributed among people who participate in the organization, and decisions are made from the bottom up.

Autonomous – exists independently and can be built on open-source blockchains. This aspect eliminates bad actors, mistakes in management, and possibly the need for management.

Organization – a group of people who work together for a specific purpose. In this case, it may or may not be a formal legal organization.

Thus, a DAO is a type of organization that operates autonomously with no central leadership. Its members, often referred to as token holders or investors, participate in the management and decision-making processes and have a common goal. They can participate in a DAO without the need for an intermediary.

Instead of earning company stocks like in traditional organizations, DAO investors earn equity in the form of governance tokens they can freely trade. Depending on the platform, these tokens often have additional benefits like voting rights and access to exclusive NFT drops.

Furthermore, all decentralized autonomous organizations have token rules and regulations like token supply and incentives for token holders. Typically, in the early stages of a DAO, a certain number of tokens is minted and distributed. The value of a token is determined by supply and demand. According to Cointelegraph, “Good tokenomics will ensure that there is no inflationary supply of tokens after the initial minting so that supply does not outpace demand.” 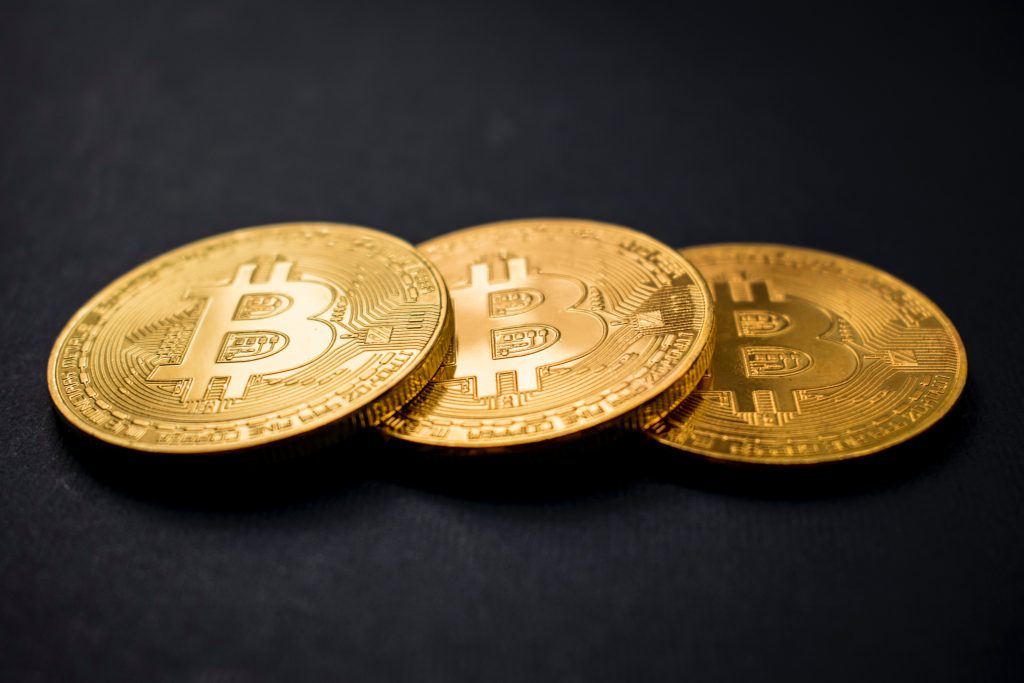 The History of DAO

To get an even deeper understanding of decentralized autonomous organizations, let’s step back in history for a moment.

While the application of decentralization in business was discussed as far back as the 60s, the term decentralized autonomous organization was coined in 1997 and it was based on the concept of an Internet-connected home. Even though these ideas were present for a long time, the first such organization came into existence in 2008 – Bitcoin is believed to be the first DAO.

The next important event in the history of DAO was the Larmier duo’s company in 2013 which ran on code and operated without human involvement. In 2015, Dash pioneered decentralized governance which marks the DAO era as we know it today. It is considered to be the original DAO.

In recent years, DAOs experienced explosive growth. According to Cointelegraph, there was a 660% increase in active DAOs from 2019 to 2020. This is where DAOs branched out to many different industries and appeared in games, NFTs, politics, art, and more. 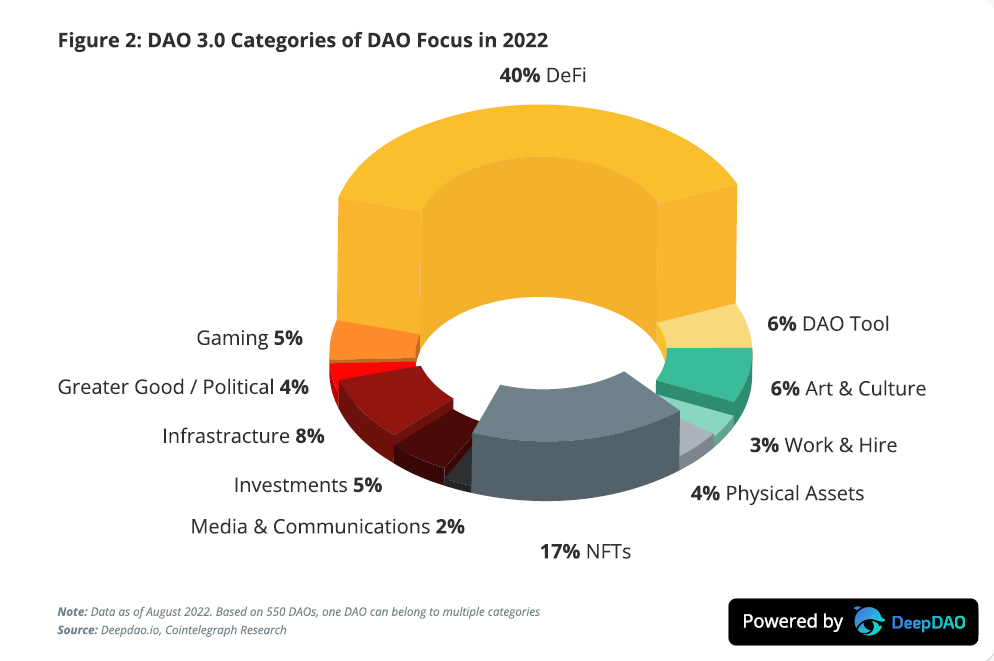 If we look at sectors where DAOs are the most used, DeFi takes the win with 40%, according to DeepDAO and Cointelegraph research from August 2022. NFTs are second with 17%, and infrastructure is third with 8%.

Even though only 5% of DAOs are in gaming, we expect that number to grow, as these types of organizations can be extremely beneficial for blockchain-based play-to-earn games.

Decentralized autonomous organizations have impacted the way gaming organizations operate, get funding, and build communities. It is an essential aspect of Web3 gaming and the evolution of play-to-earn games.

So far, gamers have been at the bottom of traditional game structures and stuck with the role of mere game consumers. A DAO could change that and empower players to contribute ideas, invest in projects they like, and possibly even take part in game development.

Members of the gaming community have always been very vocal about what they like or don’t like, so giving them the power to influence important decisions seems like a great idea.

However, there are also downsides to this. Just think of how difficult games are to make in normal circumstances. Now imagine going through this process but giving the decision-making power to the community. Nobody can guarantee that the decisions made are in the best interest of the game and it can easily end up as a disaster.

A possible solution could be to have only certain aspects of the game controlled by the DAO, for example, funds.

While we’re still in the early stages, there’s a lot of potential here, which existing gaming DAOs have proved. But more on that in the following section. 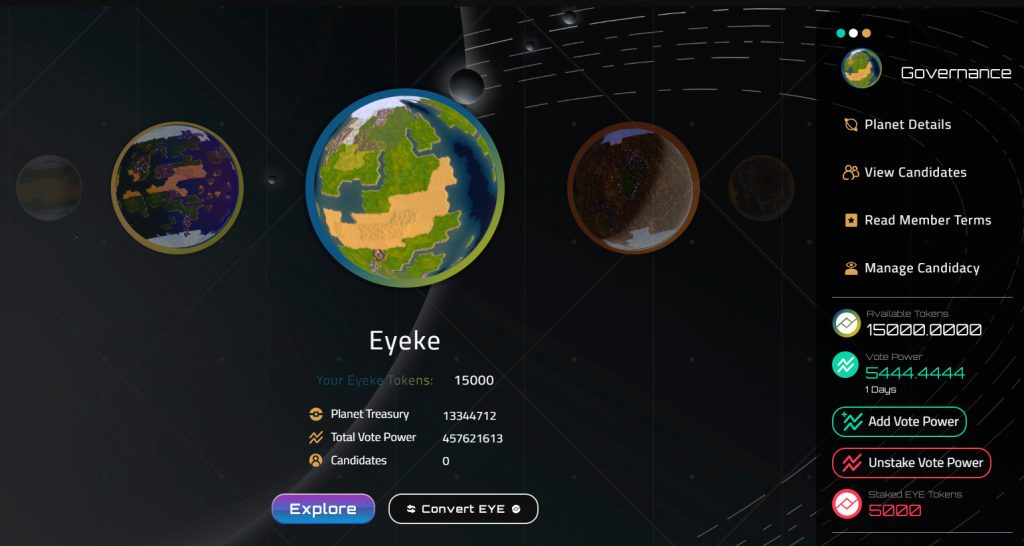 One of the prime examples of a gaming DAO is Alien Worlds, a play-to-earn game created by Dacoco in 2020. This game has been topping blockchain gaming charts in terms of monthly active users.

This metaverse consists of six planets, all of which operate independently as a decentralized autonomous organization (DAO) and have their own resource strategy and games.

Players travel this universe to mine Trilium (TLM), the game’s token, which can then be staked to one or more planets. By staking this token, players get voting rights, they can submit proposals, and even run for planetary council.

What makes Alien Worlds unique is that planet DAOs are competing with one another. Furthermore, DAOs in this game represent social units and communities within which players can work as a team and build genuine social connections.

While this game is still in its early stages, the way it incorporates decentralized autonomous organizations into gameplay, along with classic blockchain game elements like tokens, mining, and NFTs, makes it a contender for becoming the first truly sustainable metaverse game.

Because DAOs are so diverse, they can be difficult to measure and data can be hard to obtain. Luckily, Cointelegraph’s research shed some light on key metrics and statistics that will help you understand the current state of decentralized autonomous organizations.

The graph above represents DAO market capitalization from 2018 up until now. 2021 and 2022 were big years for DAOs as they passed the 10B mark.

Number of Active DAOs on Snapshot

This graph illustrates the explosive growth of decentralized autonomous organizations from late 2021 up until now. 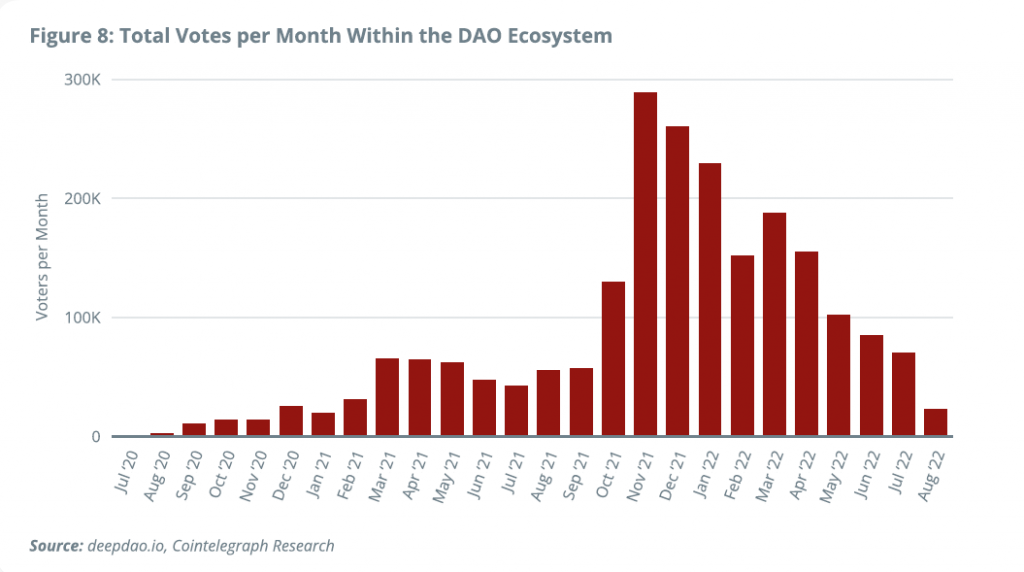 The mere number of decentralized autonomous organizations doesn’t reveal much about how active these organizations are. To find that out, it’s best to look at the following metric – total votes per month within the DAO ecosystem.

Peak activity happened in November 2021, followed by a drop in activity during the following months, all the way up until now. That can be attributed to the overall struggles in the crypto market and doesn’t necessarily signify the end of decentralized autonomous organizations.

Another important DAO metric is VC investments. If we look at the graph above, it’s clear that investments reached a peak in Q1 2022, going over 160 million. However, Q2 2022 was also pretty strong in terms of venture capital involvement.

According to Cointelegraph’s research, “due to the easily malleable way in which DAOs can form and be focused on different goals, it is no wonder VCs can see these potentially good vehicles for a return on investment while still holding a higher degree of risk than other crypto-based opportunities.”

As you might expect, Ethereum is by far the most popular blockchain for decentralized autonomous organizations. According to Cointelegraph and Coinmarketcap, among the top 100 governance tokens, as many as 83 of them are linked to Ethereum.

While decentralized autonomous organizations have evolved so much during the past several decades, they’re only now hitting their stride, as their adoption is increasing.

What do you think about DAOs? Let me know in the comments.

Governance tokens power various types of decentralized organizations. Find out how they work and why they're essential for DAOs!

Governance tokens power various types of decentralized organizations. Find out how they work and why they're essential for DAOs!