Mobile Game Session Length: How to Track & Increase It

Even when you are 100% percent sure you’ve done it, it is still not enough for your mobile game to succeed. There is one equally important thing you have to do → track the right mobile game metrics.

One of those metrics is session length.

In this article, you will find out what session length in mobile games is and why it is so important. You will also learn about its connection to user engagement and other key mobile game metrics.

Looking for tips on how to increase session length for mobile games? We cover that as well.

Additionally, we give you session length statistics you need to know for each mobile game genre.

What Is Session Length in Mobile Games?

Session length is a metric that shows the amount of time a user spends playing a mobile game. It is also one of the most important mobile game KPIs in terms of user experience and engagement.

A session starts at the moment when a user opens an app and lasts until the user closes it or stops actively using it. In other words, it measures the duration of a single continuous app experience, or in this case, gameplay experience. When the game gets sent to the background, this typically marks the end of a session.

If you want to calculate session length, there is a simple formula. Just subtract the time when the user became inactive from the time the app was opened.

However, sometimes users leave the game for a few seconds and then come right back.

For instance, when you want to change a song on the music player or reply to a message directly from the notification. In this case, the period after returning to the game can still be considered a single session.

What you want from session length as a metric is quite simple – the longer the better.

However, what is considered to be a good session length varies not only between app types but also between different mobile game genres. 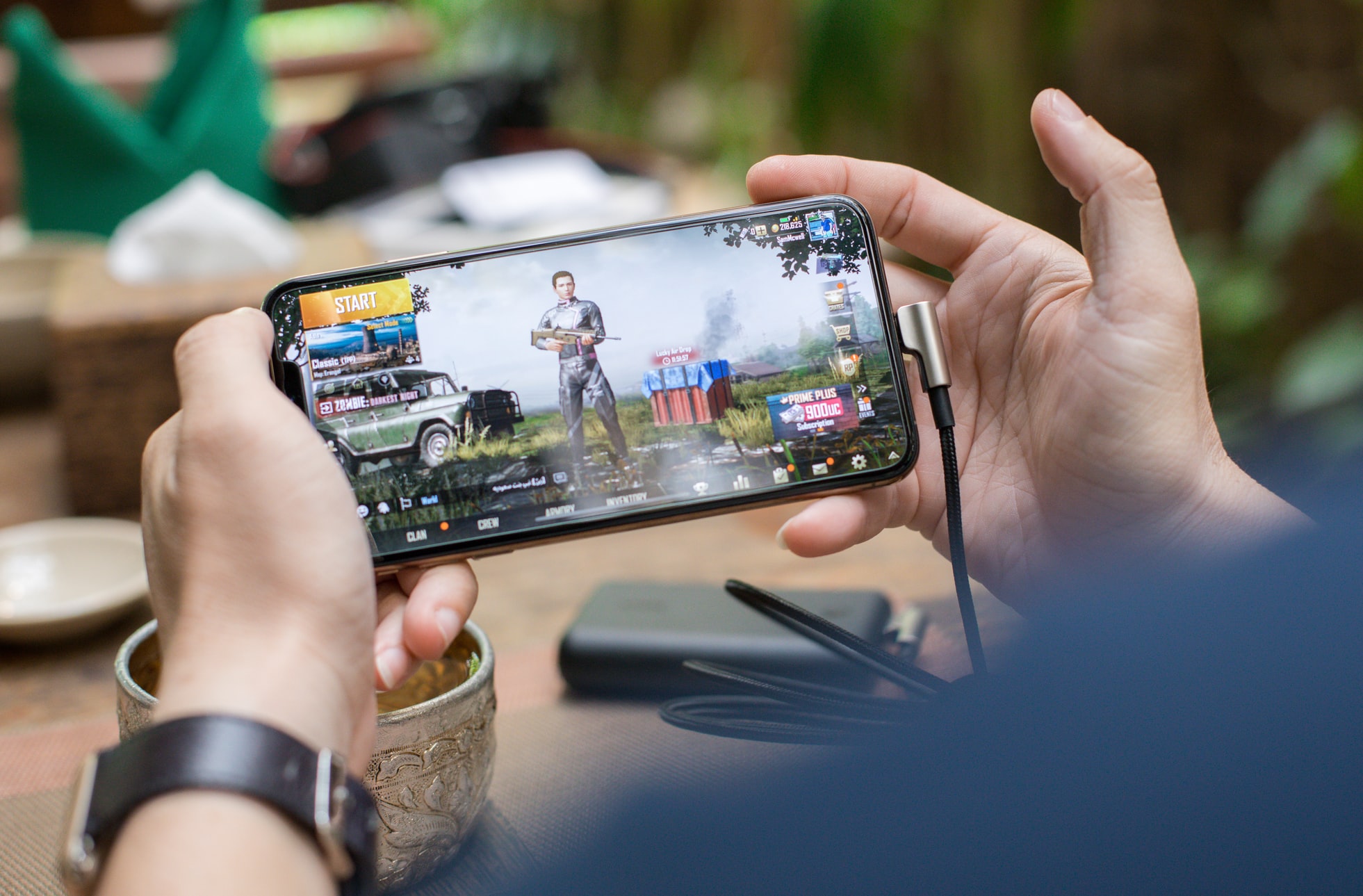 The main purpose of most apps is keeping the user engaged for as long as possible. Providing valuable insights into user behavior, session length is one of the most important metrics for measuring user engagement in mobile games.

Do longer sessions mean the user is satisfied and fully engaged with the app?

This question cannot be precisely answered by any metric, but tracking session length is the closest we can get to giving you the answer. Other important metrics for tracking user engagement in your app/game include:

In order to get to the big picture of user engagement, a game developer must track all of these metrics.

That’s why game publishers heavily rely on session length for assessing the overall user experience. If a user’s play session is long enough, you can assume the user is actively playing or performing the desired in-app actions.

Did you know that the average session length for mobile games is 4-5 minutes?

This dropped by one whole minute in comparison to prior reports. This indicates that keeping a user in the game is not an easy task, and it’s getting even more difficult.

Even though this kind of data is good to know, it should not be the main area of focus for a specific game. What you should focus on are game category benchmarks. Equally important is to compare it to the relevant competitors only. Other than that, make sure to analyze historical data and recognize recurring patterns.

A good average play session length is different for each game genre.

Below are the average session length statistics for games in the casual, classic, and mid-core genre in 2021. Data source: GameAnalytics.

As you can see, games in the classic category tend to have the longest play sessions. The two genres that drive these numbers most are Casino games and Card games.

Looking at all game categories combined, the average session length among the top 25% of games was 7 minutes. That’s two minutes less than in the previous year. Moreover, the games in the medium range average at 4 minutes, one minute less than the previous year. Finally, the games on the lower end had an average session length of 3 minutes, which stayed the same.

How to Increase Session Length for Mobile Games?

If your app is a mobile game, session length is important for several reasons. When a player stays in your game for a long time, what he’s probably doing is climbing levels and unlocking in-game features.

And that’s exactly what you want…

Moreover, there are several techniques you can use to increase your mobile game’s session length. Keep in mind that not every tip is applicable to every game genre.

It is a well-known fact that people just love rewards. If you acknowledge the players’ long session by giving them some kind of reward, they might feel motivated to continue playing.

You can schedule the reward to appear after a certain period of playtime passes (e.g., 15 minutes).

There are different ways to do this, depending on the game type.

The most common in-game rewards are monetary such as items, coins, or extra lives. However, you don’t have to hand out free stuff if you don’t want to. This can also be a simple non-monetary recognition such as a medal or a trophy.

Another option for in-game rewards is unlocking skins and other interface upgrades as the game progresses.

If you decide to go in this direction, it is a good idea to present the upgrade even earlier in the game. This way the players could potentially stay longer, wondering when they can expect the next upgrade.

Sure, it’s not a bad idea to occasionally surprise players with rewards.

However, it’s even better if players expect rewards. For this reason, it is a good idea to announce them.

If a player knows what he will get in exchange for playing up to a certain point, he might feel extra motivated. For example, after finishing level 1, you can include a pop up that says, “Can you get to level 10? Extra lives await!”

This might motivate the player to reach this reward during the current session, increasing its overall length.

You don’t necessarily need to directly announce rewards like this. Another thing you can do is to pace the rewards so players can expect them. For example, you can always hand them out on milestone levels (e.g. level 10, level 20).

This way, players will feel motivated to play “just a couple more levels” to get the rewards they deserve.

While playing a game, do you easily give up in the middle of a level? Or at least try to finish it?

It is human nature to want to get to some kind of an endpoint.

When the player knows exactly how much time it will take for him to successfully complete a certain stage in the game, it is less likely that he will stop somewhere on the way. This means including a graphic display of the player’s progress.

A common way of doing this is by including a progress bar. Similarly, you can use numbers, percentages, or symbols of any kind. Even though this detail seems small, it can make a significant difference since it is tightly linked to user retention and session lengths.

In this example by Pick Me Up 3D, you can see a graphic display that combines a progress bar with the level number. 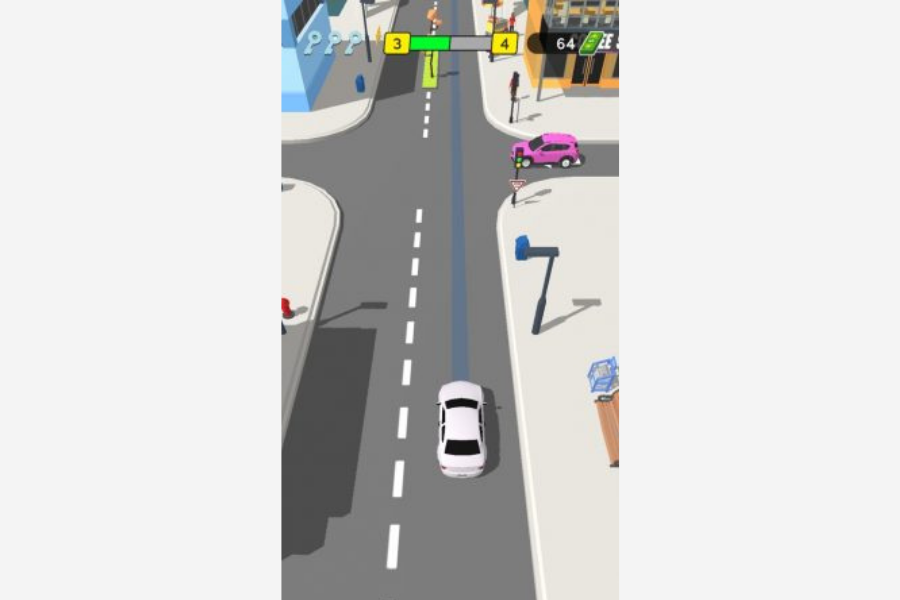 Another version of visualization that can increase session length is including a “personal record” feature. This feature can affect the players’ urge to play the game until they beat their own best scores, causing a long session. We’ve all been there, right?

Whenever a player starts a new level, you can give them certain tasks to complete. These tasks don’t even have to be related to the primary goal of the game.

Like we mentioned before, people like getting things done, so make sure to use this to your advantage and prolong play sessions.

Setting simple sub-tasks of any kind may encourage players to keep playing until they complete all of them.

You can make some of these goals mandatory and others optional.

Even if players don’t have to complete certain goals, a lot of them will want to do it anyway.

If you monetize with ads, you got to be very careful where you place them and how frequently. It’s easy to imagine how very frequent ads would make the player end a session prematurely.

The best ad placement is at natural breaks – e.g., after a completed level. When it comes to ad frequency, you’re probably wondering how much is too much? According to Facebook Audience Network, anything over 26 per session.

Another thing you can do to avoid irritating users with ads is to choose interactive and opt-in ad formats – playable ads and rewarded ads. The former work like a mini-game, which is why most players don’t mind them.

Rewarded ads reward players for watching them. Because of that, players don’t simply tolerate them but seek them out.

To summarize, session length is a metric no serious mobile game publisher can afford to miss.

What makes it so important is the fact that it provides you with valuable insights into the overall user experience. Look at the competitor’s numbers to find out what makes a good session length for your mobile game genre.

After you’ve done your research, use the right tactics to get the users to keep playing your game.

Finally, continuously measure your session length and other user engagement metrics. And remember, an engaged user is the most valuable user you can get for your mobile game.