The VR games market is evolving and maturing. It’s predicted to almost double in size by 2024 and grow at a CAGR of 42%. (Newzoo) That’s thanks to key developments in VR technology, hardware, and software that drive the market forward.

Here are the most important VR game trends you should know about.

1. VR Is Cheaper Than Ever

One of the main reasons why VR is moving closer to mass adoption is more affordable hardware and software. While it’s still not accessible to everyone, it’s cheaper than it ever was before.

There are even some headsets for under $100. However, don’t expect exceptional performance from these.

The best affordable VR headset that also has good performance is currently Meta Quest 2. Even with the $100 increase in price in summer 2022, this is still the best budget VR headset – you can get it for around $400. 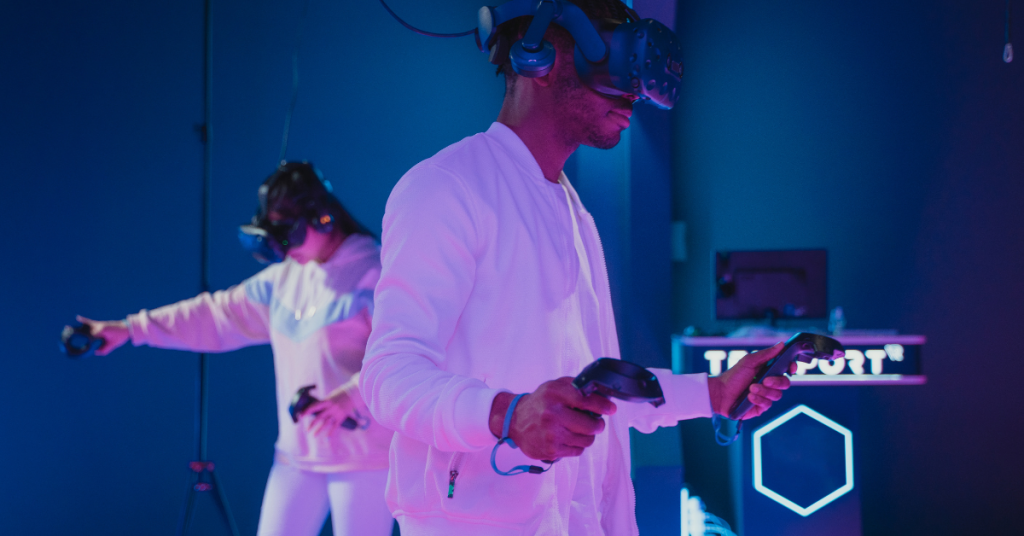 The improvements in headsets, controllers, and peripherals are resulting in more interactive and immersive VR experiences. For example, features like eye tracking or haptic feedback in controllers that are available with headsets like PlayStation VR2.

Furthermore, tactile gloves from bHaptics are another example of technological advancements that make VR even more immersive. These newly launched gloves can make players feel as though they are touching an object in real life.

Force feedback gloves like HaptX Gloves DK2 go even further than that. According to the HaptX website, these gloves “physically displace the user’s skin the way a real object would.” This technology allows players not only to feel like they’re touching an object but also to feel its texture and properties in a realistic way. 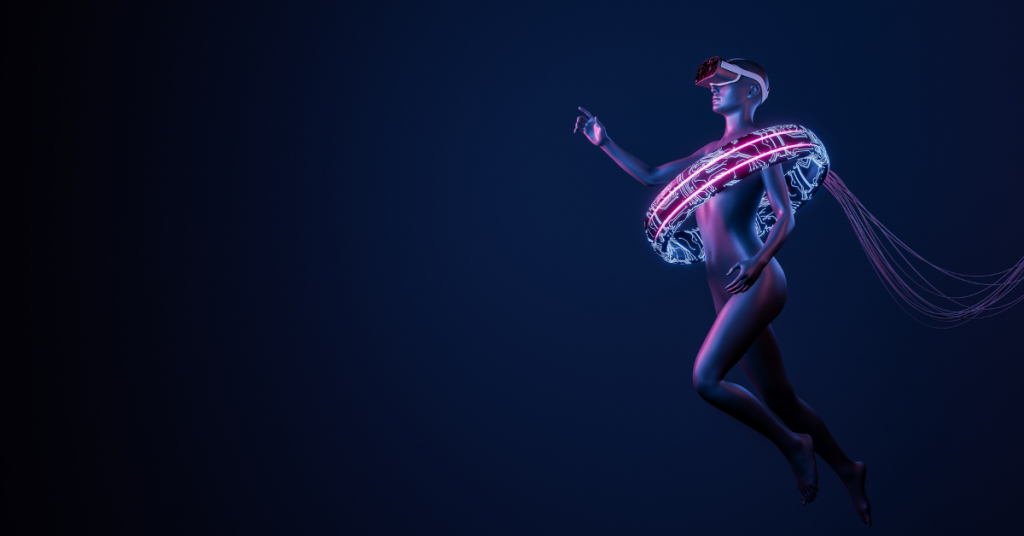 3. VR Games Lead the Way to the Metaverse

Even though there was a lot of hype around the metaverse in the last couple of years, it’s still hypothetical. It’s imagined as an interoperable network of connected virtual worlds where people would be able to play games, socialize, work, and more.

Such a metaverse, at least in its early stages, will probably use some type of VR and AR technology like VR headsets and be introduced to people through gaming. That makes VR games the ideal gateway to the metaverse.

VR games such as Rec Room, where players can play games and socialize, are a step in the direction of a metaverse.

Most successful VR games are following monetization trends and strategies from traditional games like PC and mobile games.

Just like these traditional games, some VR games are free-to-play while others are pay-to-play. Furthermore, we find many familiar monetization mechanics like in-game purchases, battle passes, and subscriptions.

A battle pass is a subscription-based monetization strategy popular in mobile and PC games where players unlock rewards as they progress through the game.

There are also subscription VR games where players need to pay a recurring fee to play the game.

Furthermore, VR games are also jumping on the hybrid monetization trend, where multiple monetization strategies are combined. This is another one of big VR game trends. 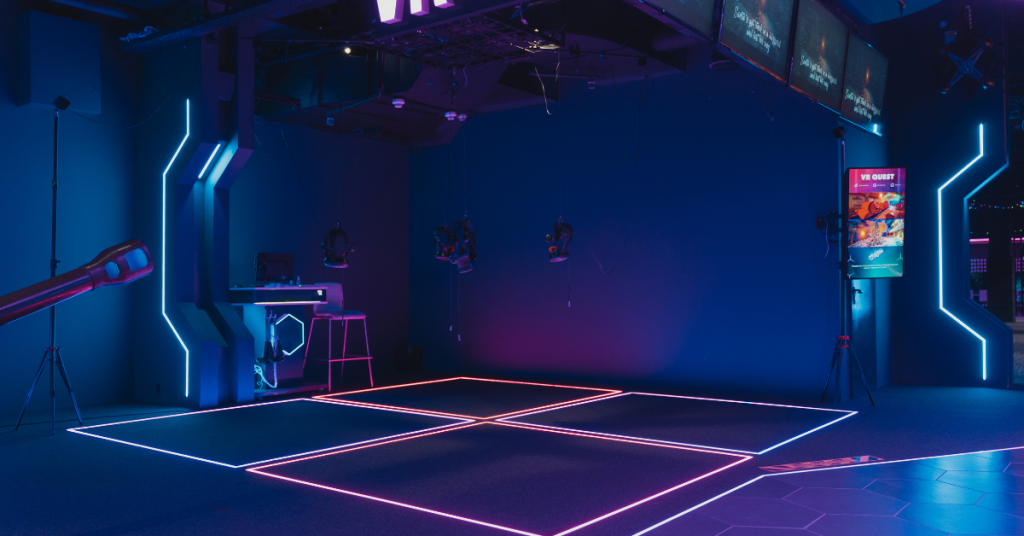 Mixed reality refers to a blend of real and virtual worlds enabled by the passthrough feature in VR headsets and it’s one of the major VR game trends.

Essentially, it brings the game world into your living room. For example, in games like Demoe, players can place an in-game board on an actual table. Another example is the VR game Spatial Ops that lets people play with friends in the same physical location.

Meta’s new headset, Quest Pro, already has a high-end color passthrough feature and we expect other companies to follow. 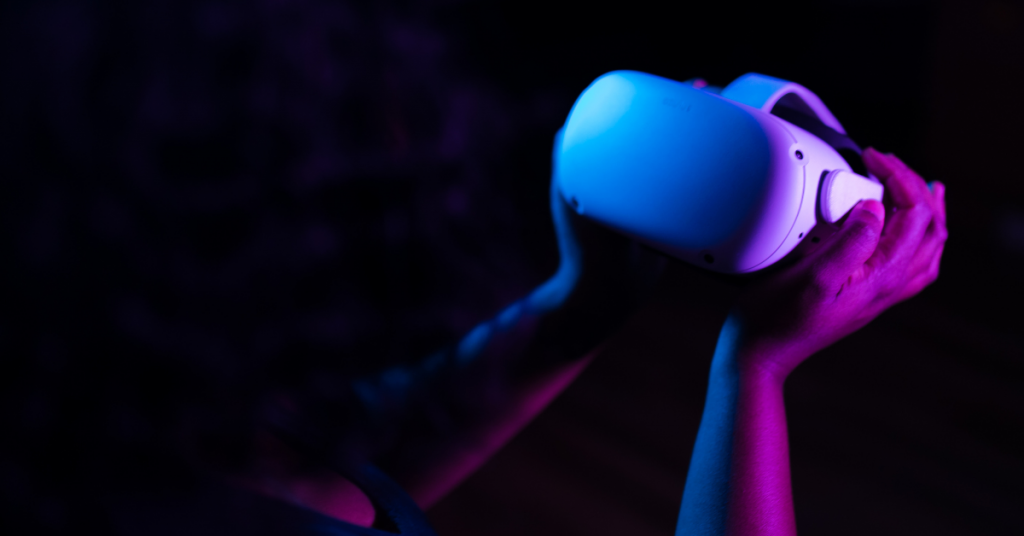 Standalone headsets refer to VR headsets that don’t need external sensors, as everything needed is built in. They’re not exactly new. For example, Meta’s Quest standalone headset was launched back in 2019.

The main benefit of standalone headsets is that they’re more compact and lower the VR’s barrier to entry. However, some performance aspects were sacrificed to achieve this setup. Additionally, more complex games can’t even run on such devices.

The goal is to create standalone headsets that are both light and comfortable to wear, but also deliver on performance.

Cloud gaming could massively improve VR’s accessibility, and is another one of the big VR game trends.

To play PC VR games, players need to own a powerful PC. This is another reason why VR gaming still hasn’t taken off and became mainstream. However, that will all change with VR cloud gaming.

There are already three cloud gaming services for VR available right now – Nvidia’s Cloud XR, PlutoSphere, and Shadow. Nvidia’s service supports a variety of headsets including various HTC Vive and Oculus Quest models, while the other two work only with Quest headsets. 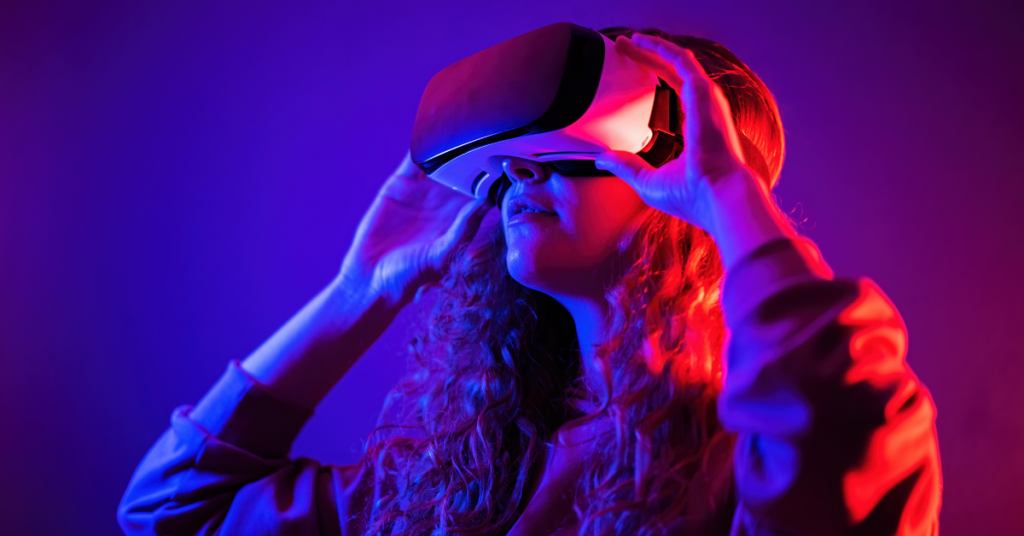 As the VR market grows in terms of the number of active users and revenue, companies are investing more in their content portfolios. The offering of high-quality VR games is increasing and besides new games, there are also familiar IPs.

Back in 2021, the Resident Evil 4 port was developed for Oculus Quest. Just Dance, Horizon Call of the Mountain, and GTA San Andreas are also in the works and set to release in 2023.

It’s safe to say that this type of VR content will attract even more players, which will drive the market forward. 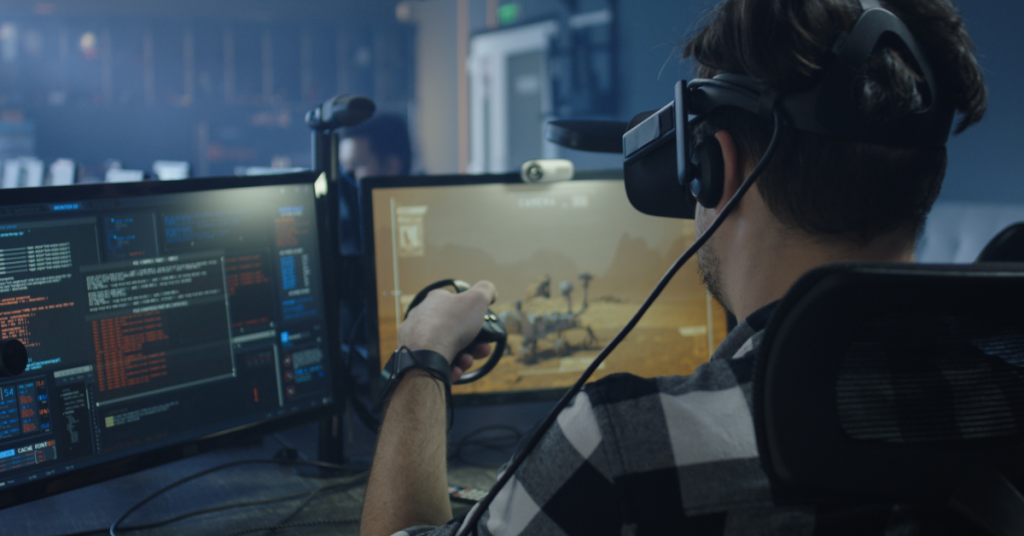 9. Adventure, Shooter, and Simulation Genres Are the Most Popular

Our list of VR game trends wouldn’t be complete without the most popular genres, themes, and modes for VR games.

Here’s what players enjoy the most.

The three most popular genres among both VR-only games (can only be played through VR) and VR-integrated games (games that can be played on other devices as well) are adventure, shooter, and simulation. When it comes to subgenres, survival horror, first-person shooter, and vehicle simulation are among the top ones.

When it comes to VR game modes, the top three most popular ones among top VR games are story mode/campaign, sandbox, and death match. 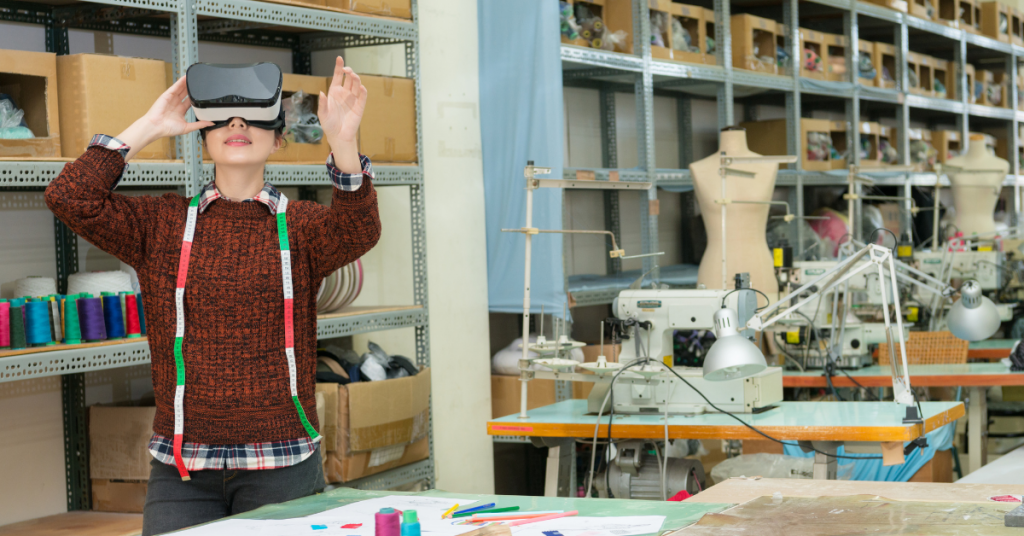 10. VR Is Extending Beyond Gaming

Finally, it’s important to note that VR is broadening its reach to other industries, not just gaming. While gaming is perfect for introducing the masses to virtual reality, VR technology has so many different uses beyond that.

Industries like retail, education, healthcare, tourism, and automotive could all benefit from VR.

Here are some examples of VR use cases in these industries:

We’ve come to the end of our list of top VR game trends. What is clear is that the VR games market is evolving and is on the road to reaching a mass audience. We expect that more and more gamers will embrace VR in the following years, which will, in turn, bring more revenue to this market and help it grow further.